Understanding nonlinear logic underneath the complexity of organizations and business ecosystems could be at the tipping point for leading digital paradigm shift. 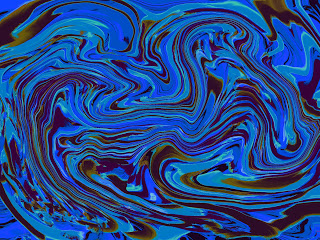 The world is dynamic, nonlinear, uncertain, and volatile. It’s not so effective to use linear logic, which implies that the whole is equal to the sum of its parts, to understand highly complex, nonlinear cause-effect scenarios. Logic behind complex problems today is often nonlinear and multipath. Achieving the desired impact can sometimes be the result of a very small change initiative. This is the magic of nonlinear logic.

You have to go beyond thinking that confines itself to linear relationships, deepen cross-disciplinary understanding of human dynamics and business interdependence, in order to solve problems effectively and find the leverage to unlock performance significantly.

Creative logic is often nonlinear as you have to connect dots cross-boundary: Creativity is a sort of “out of box thinking” which comes with connecting unusual dots. Creativity happens at the intersection of knowledge and imagination; in fact, creative expansion cannot happen without imagination, passion, participation and cross disciplinary knowledge.

Creativity is the high level mental capacity for recognition of patterns, twisting and reconnecting dots to turn the spark into an expressible idea. So there is hidden logic in it. It often requires people to get rid of linear logic, applying nonlinear thinking lenses to look beyond what might be the known facts to consider what’s not known, continue expanding thinking boxes and knowledge boundaries, shape creative perception, and reimagine what is possible.

Systematic logic is nonlinear as you need to consider the interconnectivity between the parts and the whole: The world is complex. It becomes complex if things do interact, particularly in the case of nonlinear processes and interactions. You can’t separate things properly; you cannot predict the actual effect of interactions straightforwardly. The emergence of potential opportunities and risks facing organizations is likely to follow a nonlinear pattern. A small error, inconsistency or change in a system can ruin its performance significantly.

For solving complex problems, discovering systematic logic underneath helps to take on a broad open perspective, see interdependence between different issues, predict emerging events, come up with a solution to take care of a series of issues without causing too many new problems. 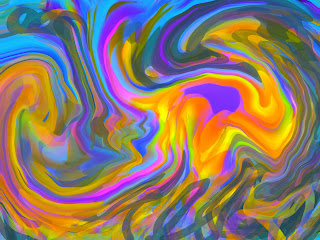 Interdisciplinary logic is nonlinear to deepen understanding of the dynamic business ecosystem: The concept of “nonlinear” as a concept is representative of what we term emergent properties – sometimes we can control, sometimes, it just happens, out of control to a certain degree. Gaining an interdisciplinary understanding of nonlinearity could be at the tipping point to raise collective threshold cognition to see things broadly and solve problems unconventionally.

In order to clarify interdisciplinary logic, abundant knowledge needs to be recategorized to meet personalized demands and refined into fresh insight. As the boundary between hard & soft science is blurred, knowledge professionals today need to be more open for capturing interdisciplinary understanding of complex problems in order to solve them effectively.

An organization has to be linked to the many and varying touchpoints between itself and its ecosystem environment in which clusters are all about business interactions and relationships. Understanding nonlinear logic underneath the complexity of organizations and business ecosystems could be at the tipping point for leading digital paradigm shift from silo to holism; from local to globe; from inside-out operation driven to outside in people centricity.

How ML can Resolve Multicloud Complexity

Q&A with Asante CISO Alfonso Powers: CISOs Must Figure out How to do More With Less

How ML can Resolve Multicloud Complexity