Nation-state hacking groups aligned with China, Iran, North Korea, and Turkey have been targeting journalists to conduct espionage and spread malware as part of a series of campaigns since early 2021.

“Most commonly, phishing attacks targeting journalists are used for espionage or to gain key insights into the inner workings of another government, company, or other area of state-designated import,” Proofpoint said in a report shared with The Hacker News.

The ultimate goal of the intrusions, the enterprise security firm said, is to gain a competitive intelligence edge or spread disinformation and propaganda. 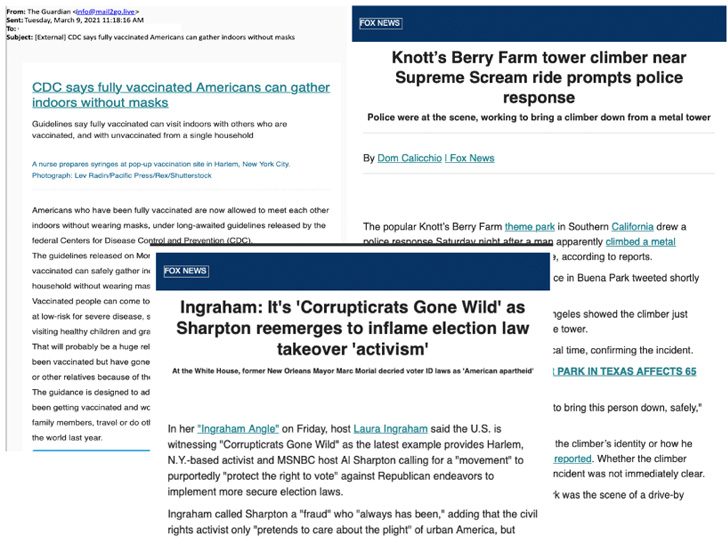 In a similar vein, the North Korea-affiliated Lazarus Group (aka TA404) targeted an unnamed U.S.-based media organization with a job offer-themed phishing lure following its critical coverage of supreme leader Kim Jong Un, once again reflective of the threat actor’s continued reliance on the technique to further its objectives.

U.S.-based journalists and media have also come under assault from a pro-Turkey hacking group known as TA482, which has been linked to a credential harvesting attack designed to siphon Twitter credentials via bogus landing pages.

“The motivations behind these campaigns […] could include using the compromised accounts to target a journalist’s social media contacts, use the accounts for defacement, or to spread propaganda,” the researchers theorized. 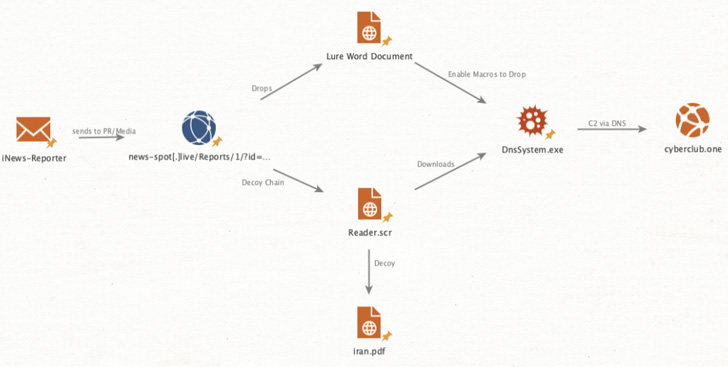 Lastly, Proofpoint highlighted attempts on the part of multiple Iranian APT actors such as Charming Kitten (aka TA453) by masquerading as journalists to entice academics and policy experts into clicking on malicious links that redirect the targets to credential harvesting domains.

Also joining this list is a threat actor named Tortoiseshell (aka TA456 or Imperial Kitten) that’s said to have “routinely” impersonated media organizations like Fox News and the Guardian to send newsletter-themed emails containing web beacons.

The third Iran-aligned adversary to follow an identical approach is TA457, which posed as an “iNews Reporter” to deliver a .NET-based DNS Backdoor to public relations personnel for companies in the U.S., Israel, and Saudi Arabia.

The fact that journalists and media entities have become the locus of attacks is underscored by their ability to offer “unique access and information,” making them lucrative targets for intelligence gathering efforts.

“A well-timed, successful attack on a journalist’s email account could provide insights into sensitive, budding stories and source identification,” the researchers said. “A compromised account could be used to spread disinformation or pro-state propaganda, provide disinformation during times of war or pandemic, or be used to influence a politically charged atmosphere.”