This article was written by Ginny Hamilton.

As the CIO role continues to evolve, there’s one constant: The MIT Sloan CIO
Symposium. Known for blending academic insights with the real-world
experiences of CIOs and other technology executives, this year’s event tackled
some of the thorniest issues IT leaders are facing today – from cybersecurity
to the Great Resignation. 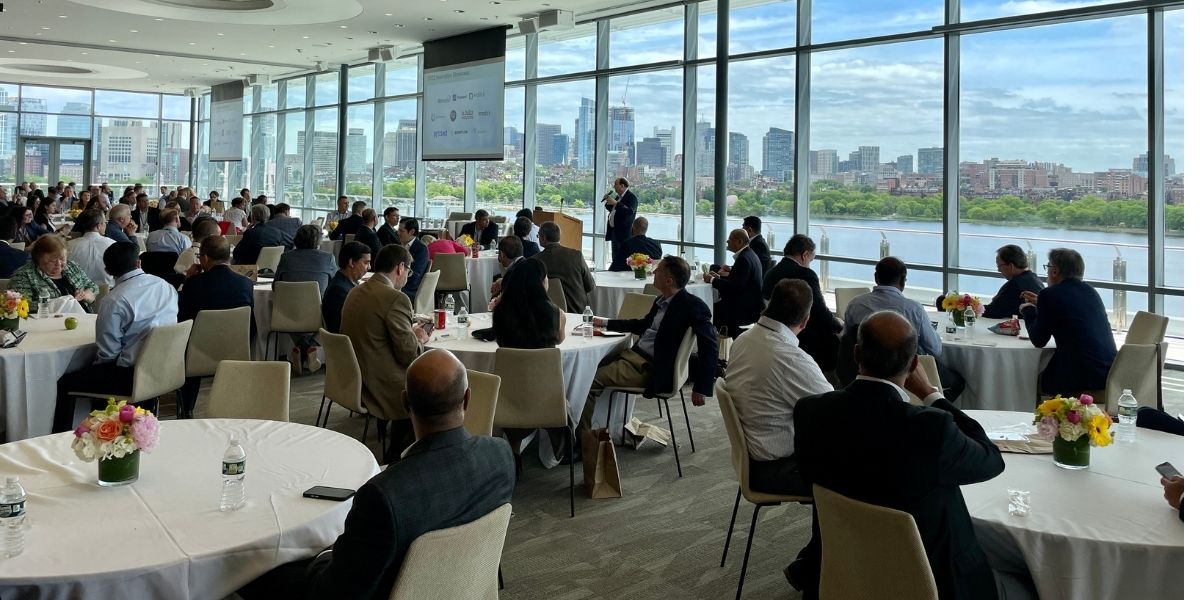 In its 19th year, the annual event was back in-person this week on the MIT
campus in Cambridge, MA, after surviving two virtual editions during the
COVID-19 pandemic. Here’s a rundown of some of the topics discussed at this
year’s event.

On Cloud: The cloud has created over $1 trillion in benefits that are
up for grabs in this decade (thanks to cost-optimization and value-oriented
business use cases), said McKinsey & Company Senior Partner Steve Van
Kuiken, citing McKinsey research. He noted that early adopters will get a
disproportionate amount of cloud value.

On Talent Development: HR spends three times as much time on talent
acquisition as it does on all of talent development, said Mercer’s U.S.
Transformation Leader Melissa Swift, citing Mercer research.

On Hiring: By reimagining the way it hires talent using Design
Thinking, a public sector company reduced its hiring process from 90 days to
under 10 business days from first touch to extending an offer, said McKinsey
& Company Partner Suman Thareja, citing an example from a client she
worked with.

The new sexiest job of the 21st century

Now let’s turn to a prediction. In discussing technology trends in the next
decade, Sabre Hospitality CTO Eben Hewit cited a sobering reality of the NFT
market – the
infamous auction
of Twitter co-founder Jack Dorsey’s first tweet. Hewit reminded the audience
that it originally sold for $2.9 million in 2021, but less than a year later,
the NFT only received a high bid of $280 when it went up for auction.

“It questions the very meaning of a fundamental word that we say 100 times a
week: What is ‘value?’” Hewit said.

Hewit used this example to segue into a prediction about a unique C-Level role
that he teased could displace data scientist as
the sexiest job of the 21st century: The Chief Philosopher. As Hewit described it, the job could play a pivotal
role in removing machine learning bias. For example, Hewit said the Chief
Philosopher could be in charge of making sure machine learning algorithms are
trained correctly to avoid demographic biometric and racial facial recognition
biases.

Up next, pet peeves. We all have them. One speaker referenced how much she
dislikes hearing anyone in IT refer to people working in business units as
their “customers.” Using that word results in business leaders thinking of IT
as their “vendors,” she said, and drawing laughs from the audience when she
jokingly added: “And we all know how we treat our vendors.”

Panelists for the Mastering Talent & Learning in Today’s Digital
Ecosystems discussion got to air their pet peeves when moderator George
Westerman asked them a light-hearted, yet poignant question: What is something
simple that people say that sounds nice, but just isn’t?

Here’s how they responded:

More importantly, these panelists engaged in an hour-long discussion worth the
admission price, debunking many of the myths around hiring and training
talent. Among the truth bombs they dropped:

Organizations spend a lot of time understanding the skills of a person they’re
recruiting. But once they hire them, those employees are “a little forgotten
until it’s time for them to become a people leader,” noted Thareja, who
explained it’s only then that they get plugged into training. Depending on how
long it takes an early-career professional to work their way up the ladder,
that means it could be years before anyone zeroes in on training and
understanding their skills again.

One potential solution is to incentivize business leaders to make talent
development a formal part of their job, said Mamilli, who noted that the
responsibility shouldn’t fall solely to HR. Without incentives, it’s too easy
for talent development to become the last thing leaders take care of or the
first thing they drop if they become overloaded, she said.

Another pain point the panel addressed is the question of why companies seem
to be quick to hire talent externally versus filling roles with internal
candidates. Swift noted that many companies struggle with a simple skills
inventory – they aren’t good at defining the skills they’re seeking and
identifying employees who may have them. The problem is exacerbated when a
boss doesn’t understand the work an employee is doing. In that scenario, the
boss likely doesn’t understand the skills required to do the work. This can be
especially challenging with technical roles. All of those gaps make it easier
for employers to go out and seek talent externally, Swift said.

What is this all for?

Finally, I have to share this deep question that came up during the technology
trends panel.

When Hewit was asked to make a prediction about the future of the travel
industry, the Sabre Hospitality CTO predictably said he’s hopeful the recent
upward trend will continue, certainly because it will be good for the industry
he works in, but also because he hopes that “people like seeing each other
again.”

Then, he poignantly added: “Because if they don’t, what is this all
for?”